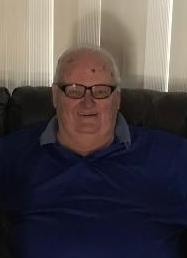 Born November 28, 1945, in Moosic son of the late Layafette Sr. and Mildred Paris Aldrich he attended Taylor High School. He served with the United States Navy during the Vietnam War on the USS Midway. Soon after returning from his service Bill drove truck for various companies through the years until his retirement in 2008 from Roadway. After the passing of his wife Patty, he took a part time driver position with Hourglass Global. He enjoyed trips to area casinos with his wife Patty, his father in law William Boland, and his sister Ruthie, and upon their passing, he continued to visit the casinos in their memory. He loved all dogs; his own as well as the neighborhood dogs. He would have treats in his pocket ready and all the dogs knew that a walk past Bill’s house meant a treat.

He was preceded in death by a sister Ruth Turner this June; a brother Layafette Jr.; and his beloved dogs Brandy and Buttons.

The family will receive friends Saturday at the funeral home from 3:00pm until the time of services.

Offer Condolence for the family of William Frederick Aldrich