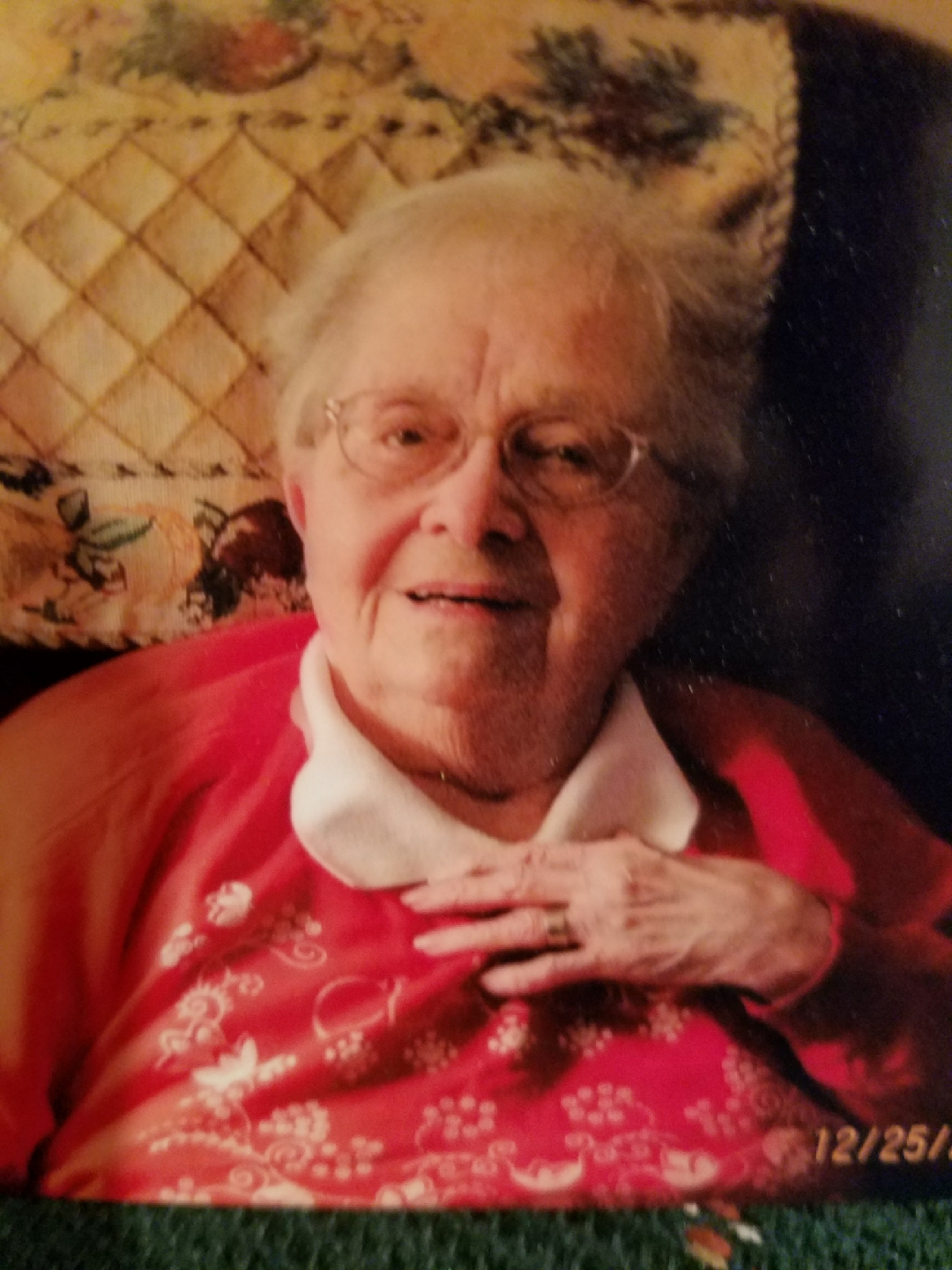 Born in Scranton daughter of the late Anthony E and Gerturde E Wentland she was educated in Scranton Public Schools and graduated from Scranton Technical High School with Valedictorian Honors in 1945.

She began her career at the Household Outfitting Co., The Trane Co., Topps Value Enterprise, Inc. and lastly she was the secretary for the principal’s office at East Scranton Intermediate School . She retired early to give care to her husband.

Vivienne was an active member of the Trinity United Church of Christ from May 1943 until its closure in November 2015. At Trinity she was the first Woman to be elected as President of the Church Council and also served as Vice President and Secretary. She also chaired the Music Committee, Church Ministry Committee and others. She was a Sunday School Teacher, Leader of Girl Scout Troop 47 and President of the Ladies Bible Class. In January of 2016 she joined Hickory Street Presbyterian Church.

Surviving are her loyal care takers for over ten years, Janet and Karen Tigue, the Budney family, her step daughter Paula Yaggi, cousins and friends.

She was preceded in death by a beloved sister Jean Francis and a step son Fred Yaggi.

A special thank you to all the compassionate nurses, nurses aids and staff of Mountain View for the wonderful care she received. And more thanks to her friends especially the Candy Man, Leonard, that Vivienne made during her stay at the center.

The funeral will be Wednesday at 11:00am in the Hickory Street Presbyterian Church, 435 Hickory Street, Scranton, PA 18505, with the Rev. Clinton Randall officiating. Interment to follow in Fairview Memorial Park , Elmurst Twp.

A visitation will be held Wednesday from 10-11am in the church.

In lieu of flowers memorial contributions may be made to Hickory Street Presbyterian Church at the address above. To leave an online condolence please visit the funeral home’s website or Facebook page.

Offer Condolence for the family of Vivienne W. Yaggi