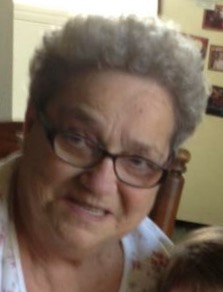 Shirley Brower, 77, a lifelong resident of Scranton, died Tuesday at Hospice of the Sacred Heart, Dunmore. She is the widow of the late William Brower who died June 30, 1999. The couple was married over 40 years.

Born in Scranton daughter of the late Peter and Mildred Rillstone Piepoli she was a graduate of Scranton Central High School. She worked in the garment industry for most of her life until retiring from the former Holiday Manor Nursing Home. She was active in the Parents Clubs of the South Side Steelers, South Side Little League, Scranton Technical High School and the Scranton Eagles. She was a member of the former Trinity United Church of Christ, Scranton. She was an avid fan of the New York Yankees, Pittsburgh Steelers and NASCAR.

The funeral will be Friday at 11:00am in the Corey Brian Strauch Services, LLC, funeral home location 602 Birch Street, Scranton, PA 18505. Interment to follow in Fairview Memorial Park, Elmhurst Twp.

A visitation will be held Thursday from 4-7pm in the funeral home.

Memorial contributions may be made to the Hospice of the Sacred Heart, 600 Baltimore Dr # 7, Wilkes-Barre, PA 18702. To leave an online condolence please visit the funeral home’s website or Facebook page.

Offer Condolence for the family of Shirley Brower