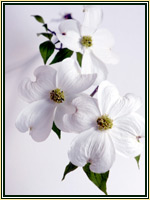 Lois, the daughter of Ernest Henkelman and Clara Yaggi Henkelman, was a 1940 graduate of ScrantonTechnical High School. She worked in the family business, Henkelman Real Estate and Insurance, and was elected treasurer of Insurance Women of Scranton.

She married Arthur J. Fiene on May 8, 1948. He preceded her in death in December 1996. They had two children, Carol Fiene Kochon, husband, Rob, of West Lafayette, Indiana and Alan Fiene, companion, Diana Hagen, of Fridley, Minnesota.

Lois was active throughout her life in Trinity United Church of Christ, in choir, Church Council, and Bible Class. She served as a Girl Scout Leader, Cub Scout Den Mother, and officer in the Shopland Club of Scranton. She was an enthusiastic client of Lackawanna County Blind Association, and although legally blind her entire life, participated in Braille, Craft, and Art Classes. She was a determined and accomplished participant in everything she attempted and giving up on anything was not acceptable for her or anyone with her.

In addition to her children, Lois is survived by five granddaughters and two grandsons and twenty two great grandchildren. Also her daughter-in-law, Elizabeth Fiene, Milford, Ohio, sister-in-law, Natalie Henkelman, Waynewood, PA, many nieces, nephews, and cousins, treasured and precious friend, Verna Trapper who served and loved her for many years, and Marie Schumacher, Elaine Guse, and Harold Whymeyer who ministered to her in countless kind and caring ways.

In lieu of flowers, memorial contributions may be made to the Lackawanna Blins Association, 228 Adams Ave., Scranton, PA 18503. To leave an online condolence please visit the funeral homes Facebook page or www.StrauchFuneralHomeScranton

Offer Condolence for the family of Lois Henkelman Fiene