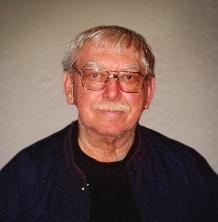 Herbert C. Krause Jr., of Moosic, passed away, Monday December 6, 2021 at The Gardens at East Mountain, Wilkesbarre.
Born in Moscow, he was the son of the late Herbert and Ruth Wheeler Krause. After High School he served with the United States Navy. He then worked as a Pressman in the printing industry for many years. After retirement he became a base ball umpire for the area little league and teener leagues. He enjoyed trips to the casino and planting his garden.
Surviving are a daughter Donna Prislupski, Scranton; a son Paul Krause and wife Monica, Florida; Grand children Paulina, Adam and wife Ana, and Peter and several nieces and nephews.
He was preceded in death by a brother Martin Krause and a son in law A.J. Prislupski.
Grave side services will be held Friday at 11am in Fairview Memorial Park, 111 State Route 435, Elmhurst Twp., Pa 18444. The United States Navy will provide Military Honors.
Arrangements entrusted to Corey Brian Strauch Funeral Home, Scranton.

Offer Condolence for the family of Herbert Krause