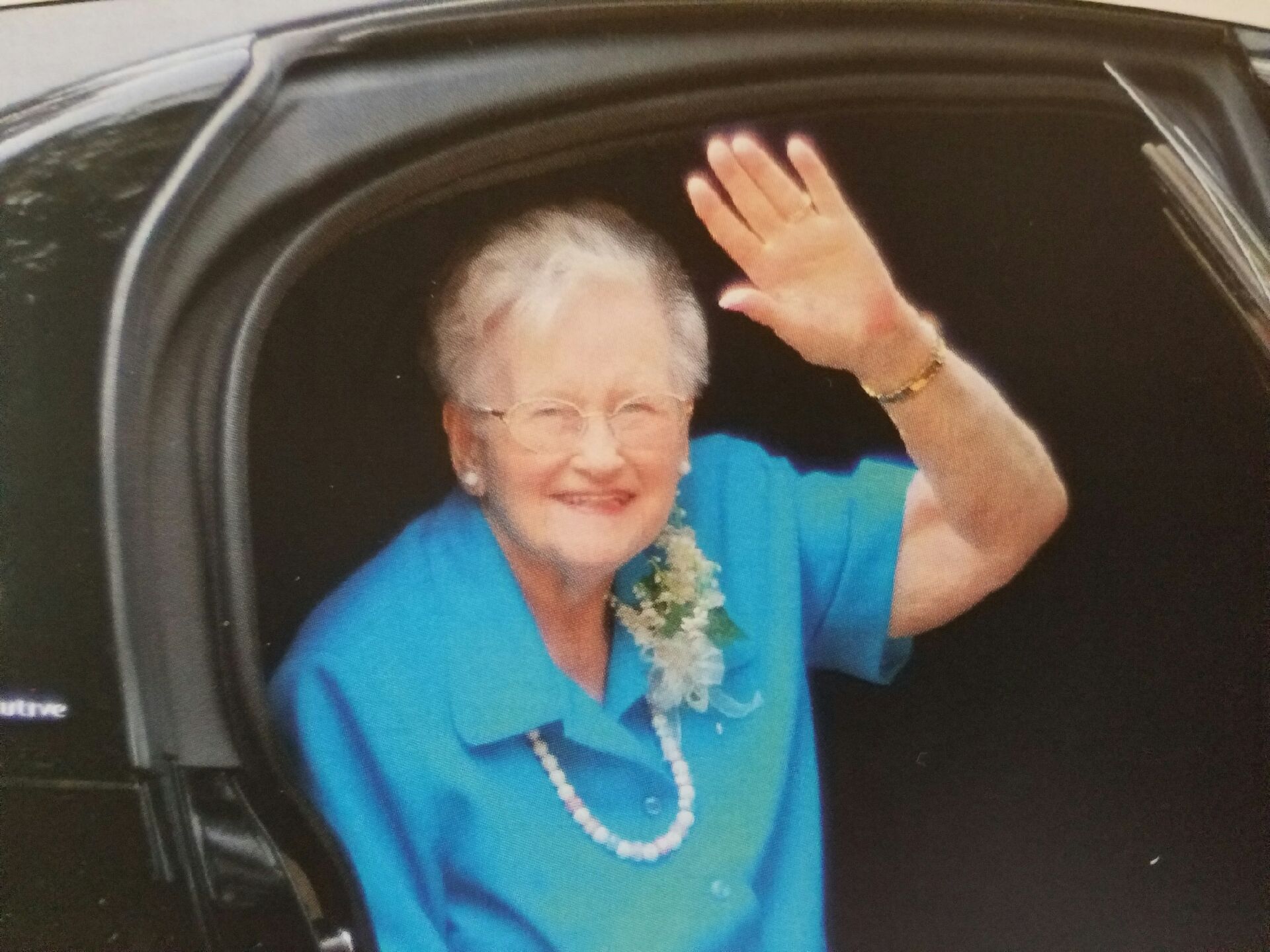 Eleanor Jane Murphey Naeher passed away February 3, 2017 at the age of 100. Eleanor was born in Scranton, PA July 22, 1916. She was a premature baby only weighing 4 1/2 lbs. The old saying “great things come in small packages” absolutely applies. She was the youngest of 4,siblings Marjorie, Howard,and Kenny. She was raised mostly by her older sister Marjorie after the death of her mother Viola to breast cancer. Her favorite outings were family picnics and going to her grandparents house. This is not at all surprising as she taught us all the meaning of family. She loved Girl Scouts and summer camp which she attended every year. She loved to roller skate. Her favorite subject was English and later the Sciences. She attended Hahnamann Hospital School of Nursing in 1938. This was the same year she fell in love with William Edward Naeher who was a good friend of her brother Howard. She loved to dance and he was a great dancer. After a 2 year courtship they got married 8/17/1940. Two years later they began their family. First came Janet, then Joyce and the baby, Fred. Eleanor worked as a nurse in private physician practices when they moved to Virginia. She loved Big Band music and her favorite singer was Bing Crosby. She was well known for her German Potato salad and her boiled raisin cake. She was an avid scrabble player, and very good at it. She loved to read, mostly romance novels, which she once told her granddaughter she read what she was missing in life. She had a fantastic sense of humor and was well known for her one liners and her sparkly, flashy celebratory outfits. We can’t begin to explain to anyone that did not know Eleanor how much this 100 1/2 year old woman will be missed. Yes, she was old and her last couple of months she was not herself, but prior to this she was entertaining the family with her animated 12 days of christmas and her singing, or catching you off guard with her incredible sense of humor… “you know your old when your teeth sleep in the other room” Eleanor, Mom, Grandma, Great Grandma, Great Great Grandma you have created a legacy one which has produced kind, fun loving, family oriented, spiritual beings. Rest in peace as your job here is done and has been done well.
Visitation & Services will be held at Strauchs Funeral home Saturday, February 25, 2017 at 10am in the morning

Offer Condolence for the family of Eleanor Naeher