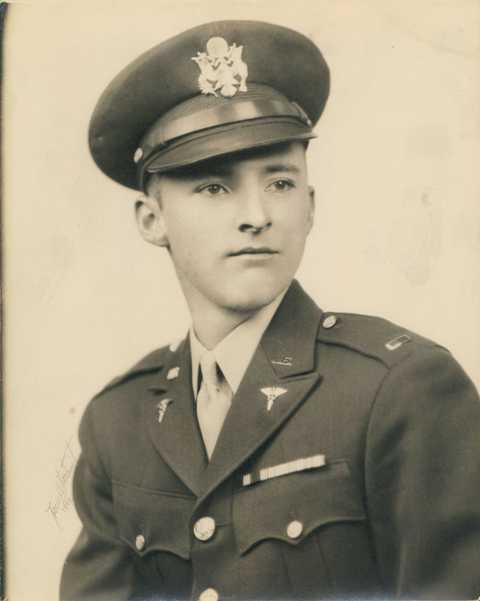 Donald E. Sporer, 98, formerly of Scranton and Lake Kahagon, Madisonville, died peacefully on Friday, December 29, 2017 at the Jewish Home of Eastern Pennsylvania. He was preceded in death by his wife of 70 years, Alice Sporer, who died on August 18, 2012.

Born in Scranton, he was the son of the late Joseph Sporer and Leopoldina Hirschler. Donald graduated from St. Mary’s High School and attended University of Scranton. Donald served in the U.S. Army as Second Lieutenant from 1941 to 1945 with services in the U.S., Hawaiian Islands and Saipan, Mariana Islands. Before his retirement, he was owner/operator of Donald E. Sporer & Associates.

Donald was a member of Church of St. Catherine of Siena in Moscow. He was formerly active with Holy Name of St. Mary’s, the Blind Association of Lackawanna County, Boy Scouts of America Troop 42 and served on the Board of Scranton Preparatory School.

Donald was a loving and caring father, grandfather, uncle, brother and friend who was an avid Notre Dame fan, enjoyed the outdoors, watching PGA golf and spending time with family and friends. He will be deeply missed by all who knew him.

The family would like to extend a heartfelt thank you to the entire staff of The Jewish Home of Northeastern Pennsylvania, Hospice of the Sacred Heart and caregiver, Jackie Patel for the wonderful kindness, care and compassion shown to Donald.

He was also preceded in death by a son, Joseph Sporer, son in law, Kenneth Durland, sisters, Dorothy Briskey and Phyllis Smith and brother, Joseph Sporer.

Mass of Christian Burial will be celebrated Saturday at 11:00 a.m. at the Church of St. Catherine of Siena, 220 Church St., Moscow, PA 18444. Friends are asked to proceed directly to the church on Saturday morning.

In lieu of flowers, memorial contributions in Donald’s name may be made to Jewish Home of NEPA, 1101 Vine St, Scranton, PA 18510, Hospice of the Sacred Heart, 600 Baltimore Drive
Wilkes-Barre, PA 18702 or charity of your choice. To leave an online condolence please visit the funeral home’s website or Facebook page.

Offer Condolence for the family of Donald Sporer