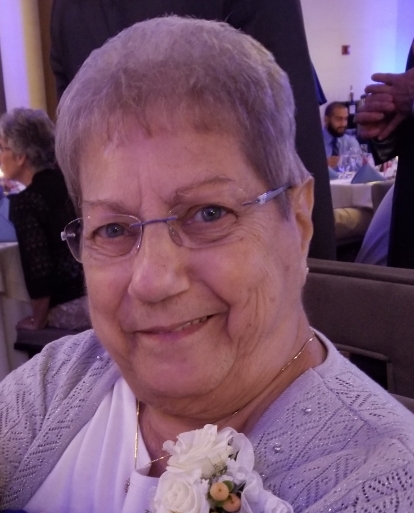 Ann M. Eibach, a longtime resident of Scranton, died Sunday at home. She was the widow of Robert R. Eibach, who died Feb. 25, 2006. The couple was married 49 years.
Born in Archbald, daughter of the late Joseph and Theresa Laggner Matoushek, she was a graduate of St. Mary’s schools. Until her retirement in January 2004, she worked at Penn Security Bank where she held various positions. She was a member of St. Paul of the Cross Parish, Scranton and was a former member of St. Mary of the Assumption Church, Scranton, where she was a Eucharistic minister.
Ann was a devoted wife and mother who raised seven children. Parishioners of St. Mary’s still remember the family filing into the first pew each Sunday. In later years she enjoyed traveling with Bob around the United States, to Bermuda, the Bahamas and to Europe.
Surviving are three daughters, Theresa Shields and husband, Eugene, Scranton; Susan Valdez and husband, Ray, San Antonio, Texas; Jennifer Palauskas and husband, James, Scranton; a son, William and wife, Rosemary, Whitehall; 15 grandchildren; eight great-grandchildren; and several nieces and nephews.
She was also preceded in death by a daughter, Kathleen McDonnell, in 2014; two sons, Gregory, in 2010; and Lance Cpl. Robert Eibach, in 1981; a great-grandson, Lucas Robert Wheelis; and her siblings, Marie Matoushek, Margaret Briel, Joseph and Anthony Matoushek.
A Mass of Christian Burial will be celebrated Thursday at 10:30 a.m. in St. Paul of the Cross Parish, 1221 Prospect Ave., Scranton. Interment to follow in Cathedral Cemetery, Scranton. Friends and family are asked to go directly to church Thursday morning.
A Viewing will be held Wednesday from 5 to 8 p.m. in the Corey Brian Strauch Services LLC, funeral home location, 602 Birch St., Scranton. In lieu of flowers, memorial contributions may be made to St. Paul of the Cross Parish, 1217, Prospect Ave., Scranton, PA 18505.

Offer Condolence for the family of Ann M. Eibach